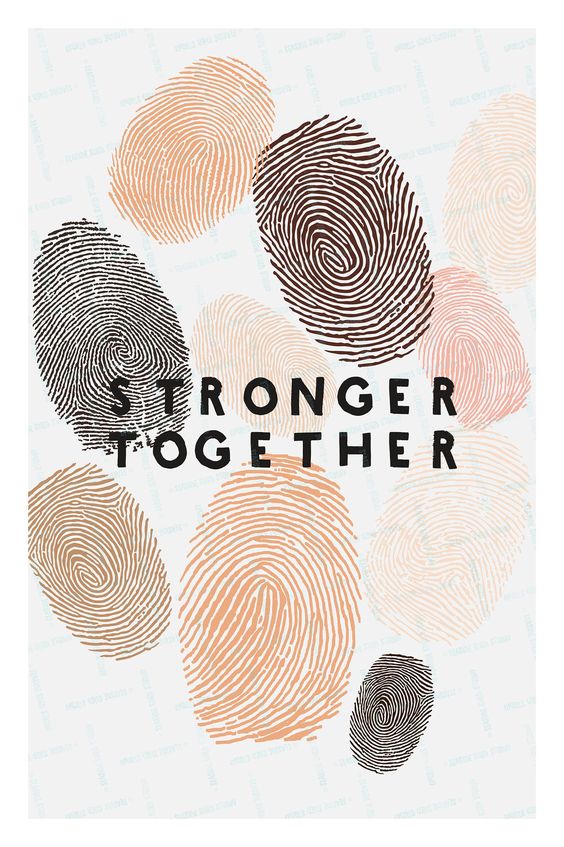 Our nation and our communities are hurting. Right now is the time to make our voices heard, open ourselves up to having uncomfortable but continuous conversations and educate ourselves.
I stand am committed to being a part of the shift to better understand, support and make changes in the cities we love to explore. In order to ensure this is a movement, not just a moment, I am sharing a list of organizations to follow, support, and donate to. We must fight for racial justice and equality right now and beyond. 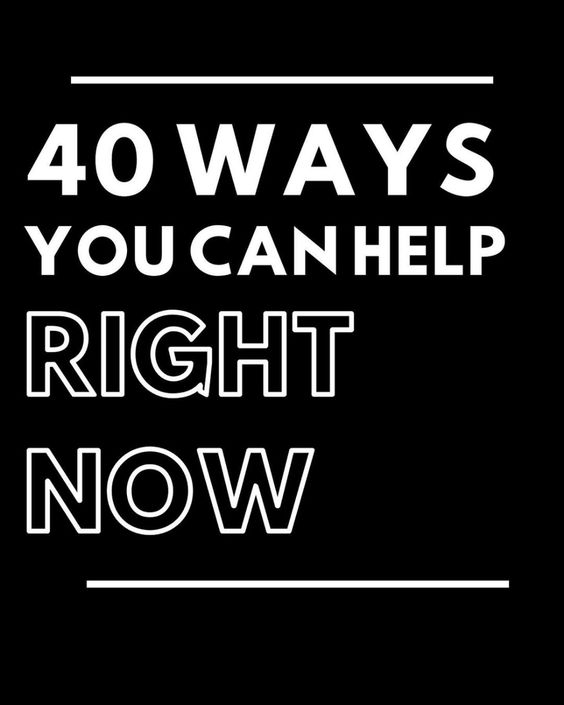 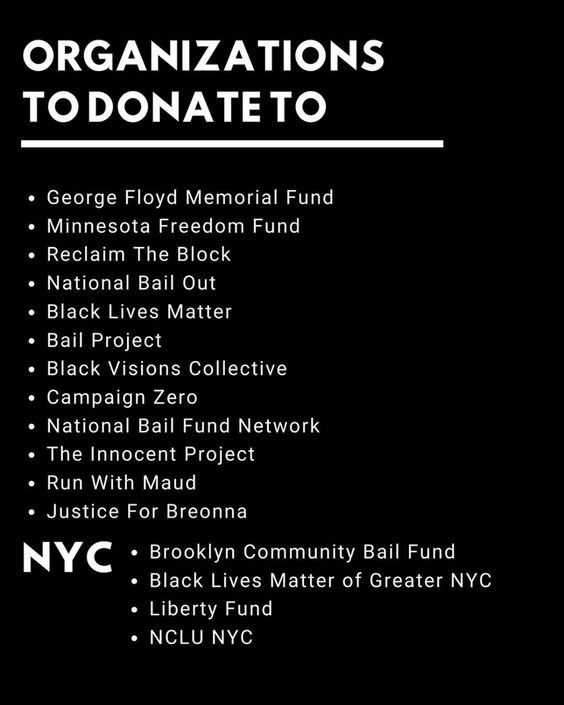 George Floyd Memorial Fund
This memorial fund is established to cover funeral and burial expenses, mental and grief counseling, lodging and travel for all court proceedings, and to assist Floyd’s family in the days to come as they continue to seek justice for George. Donate here.

Black Visions Collective
BLVC aims to create the conditions for long term success and transformation for all Black People. They believe in a future where all Black people have autonomy and where safety is community-led. Donate here.

Reclaim The Block
Reclaim the Block organizes Minneapolis community and city council members to move money from the police department into other areas of the city’s budget that truly promote community health and safety. Donate here.

National Bail Out
National Bail Out is a Black-led and Black-centered collective of abolitionist organizers, lawyers and activists building a community-based movement to support and end systems of pretrial detention and ultimately mass incarceration. Donate here.

Bail Project
The Bail Project is a national nonprofit organization that pays bail for people in need, reuniting families and restoring the presumption of innocence.Their goal is to secure freedom for as many people as possible and fuel momentum for equal justice. Donate here. 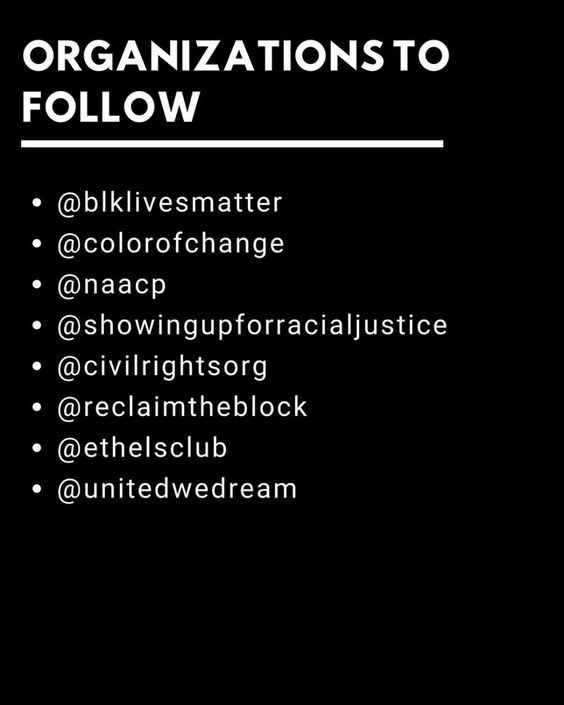 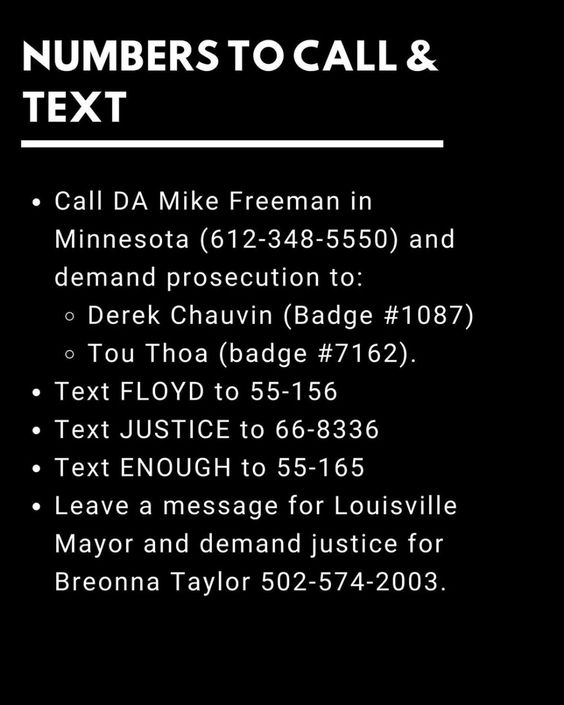 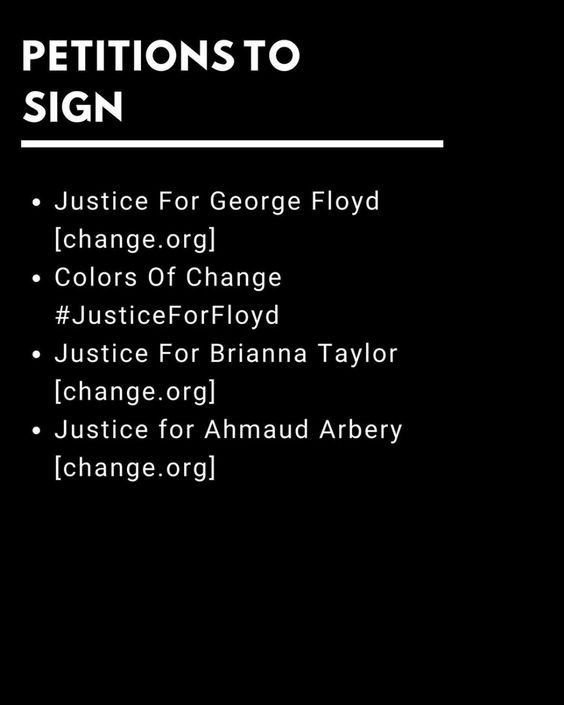 Color of Change: Ensure the officers involved in Floyd’s death are brought to justice. Sign here. 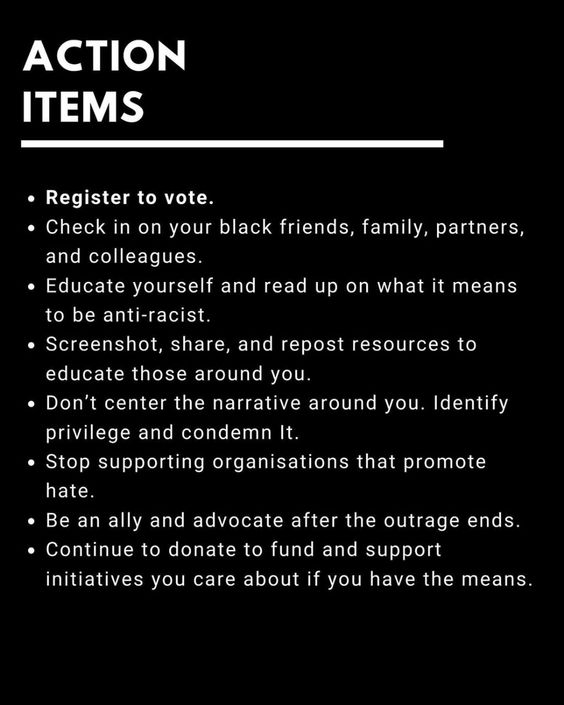 Numbers To Call and Text

Questions To Ask Yourself 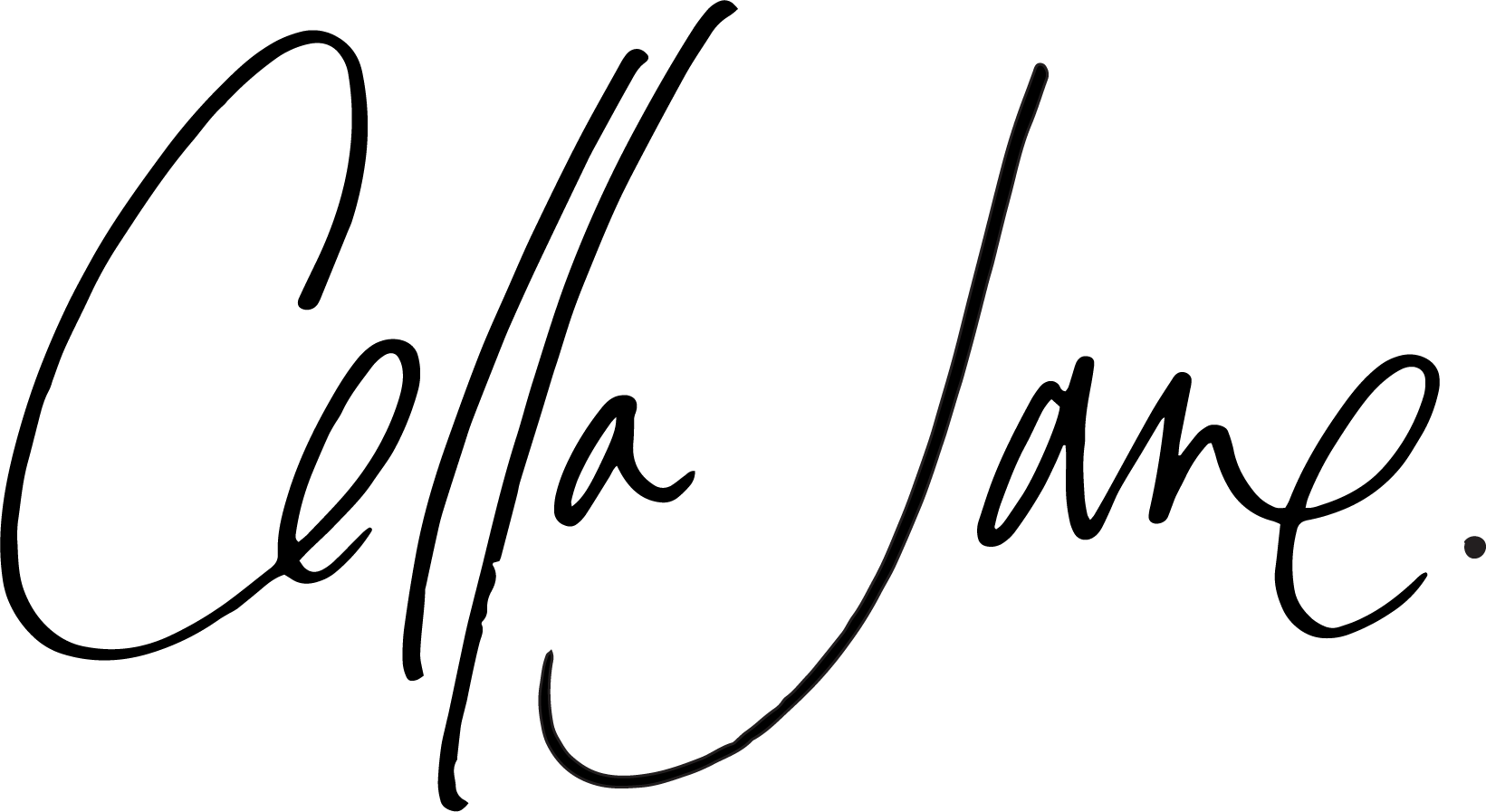